Check this guide before you buy… 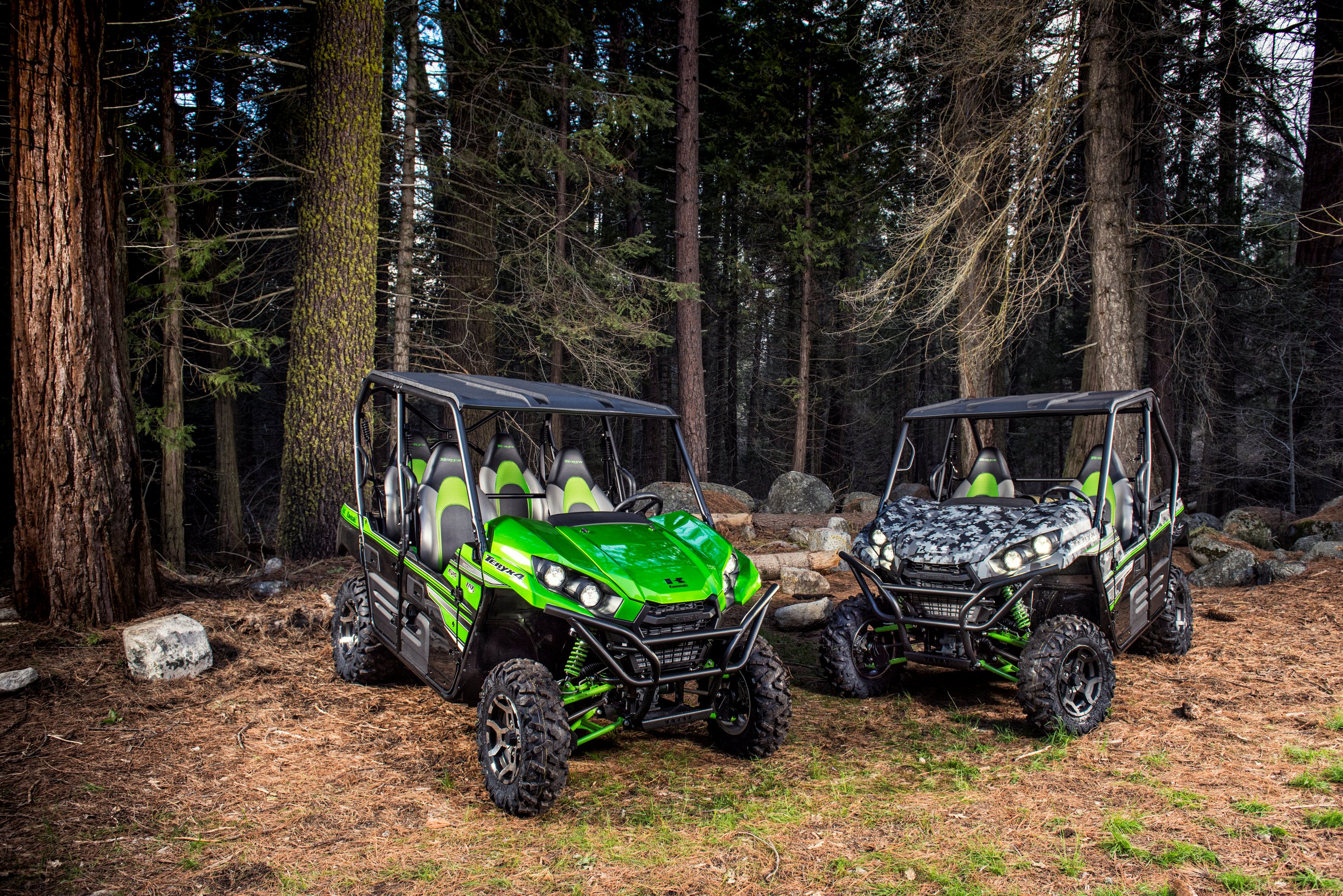 Are you in the market for a used UTV? Not only are there some great deals out there, but there are some great used vehicles that are made to stand the test of time. As a buyer, you have options to buy from private parties, dealerships, or consignment stores. The best way to go about buying a used UTV is to keep your mind open. This is done by having several different options to look into when you buy a UTV – don’t be stuck on one brand and model if you can help it. However, having a preference is a good thing (narrow it down to 3 models if you can). This allows you to narrow down your choices and hone in on your ultimate vehicle. You can also nail down your budget and expected condition of a unit you want to purchase.

Now that you what to buy, now see out how to buy a good used UTV?

How do you know if you’re buying a good used UTV? Check out our simple checklist.

Some of the Arctic Cat models that we found are: Wildcat Sport XT, Prowler XTZ 1000 H2

The Wildcat Sport XT is a very fun vehicle to drive for the trail rider who doesn’t need to go all-out. It has quick handling for tree-lined trails, and it sounds great to go along with its sportiness. According to KBB.com, a 2015 Wildcat Sport Limited EPS should go for around $8185.

Also, remember when the Prowler lineup had a 1000-class model?! I distinctly remember this machine because it was a utility model that was an absolute rocket-ship. When it came out in 2009, it was a speed leader and pretty fun to drive for a machine with a bed on it. By today’s standards, this model would still be plenty fast and fun to drive, even if it does lack a bit of suspension travel and refinement of today’s latest UTVs. 2009 XTZ 1000 H2 models go for around $6170. 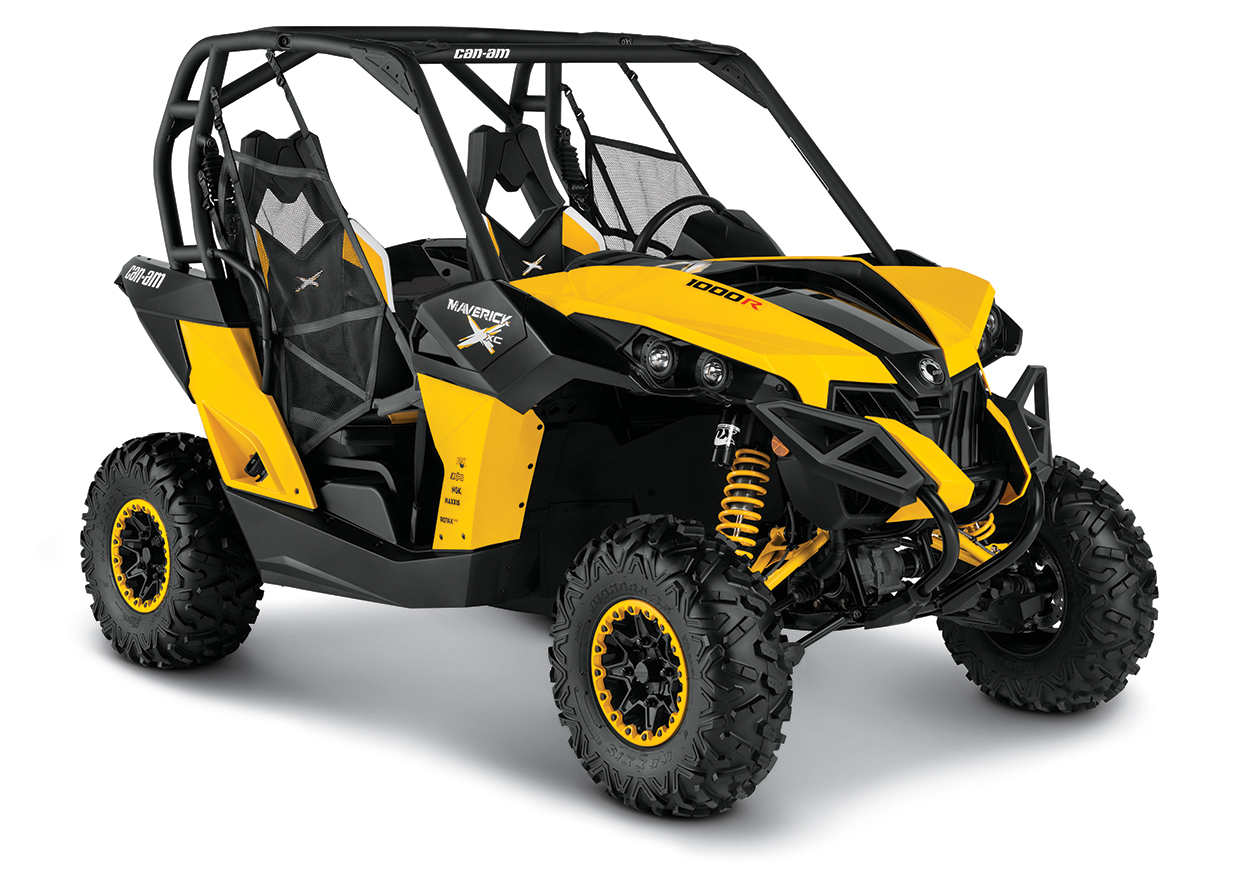 We have seen fully custom Commanders with long travel, cages added, and more accessories for about $10k. These still come with a venerable Rotax engine and some serious capability. Without the accessories, we have seen as early as 2015 models for less than $10k. KBB values for 2011 models come in at $8700.

The original Maverick was another great trail machine that can be had at great prices. We’ve seen 2014 Maverick models for less than $10k with upgraded cages, doors, and other safety equipment. This model year typically garners a KBB value of $10,855 for vehicles in good condition. For four people, we have seen late model 2017 Maverick MAX models for less than $15k from dealerships, and even less from private parties. These are great for families.

If you’re looking to purchase a used X3, then you’ll be looking to still pay a pretty good amount of money. 2017 model years can still be found for much less than a new model sticker price, but these popular vehicles are holding their value. KBB says that a 2017 Maverick X3 X rs Turbo R goes for $18,875 on the used market.

Vehicle(s) to look into: Pioneer

Reliability, durability, longevity – those are just a couple of words that come to mind when we think about Honda. If you’re looking for a great utility vehicle that will more than likely last a lifetime, the Pioneer is a great option in the Honda lineup. If you get a 700- or 1000-class Pioneer, then you’re going to get more capability and the ability to haul more passengers. Typically a 2014 Pioneer 700 goes for $7460 according to KBB.

Vehicle(s) to look into: MULE, Teryx, and Teryx 4 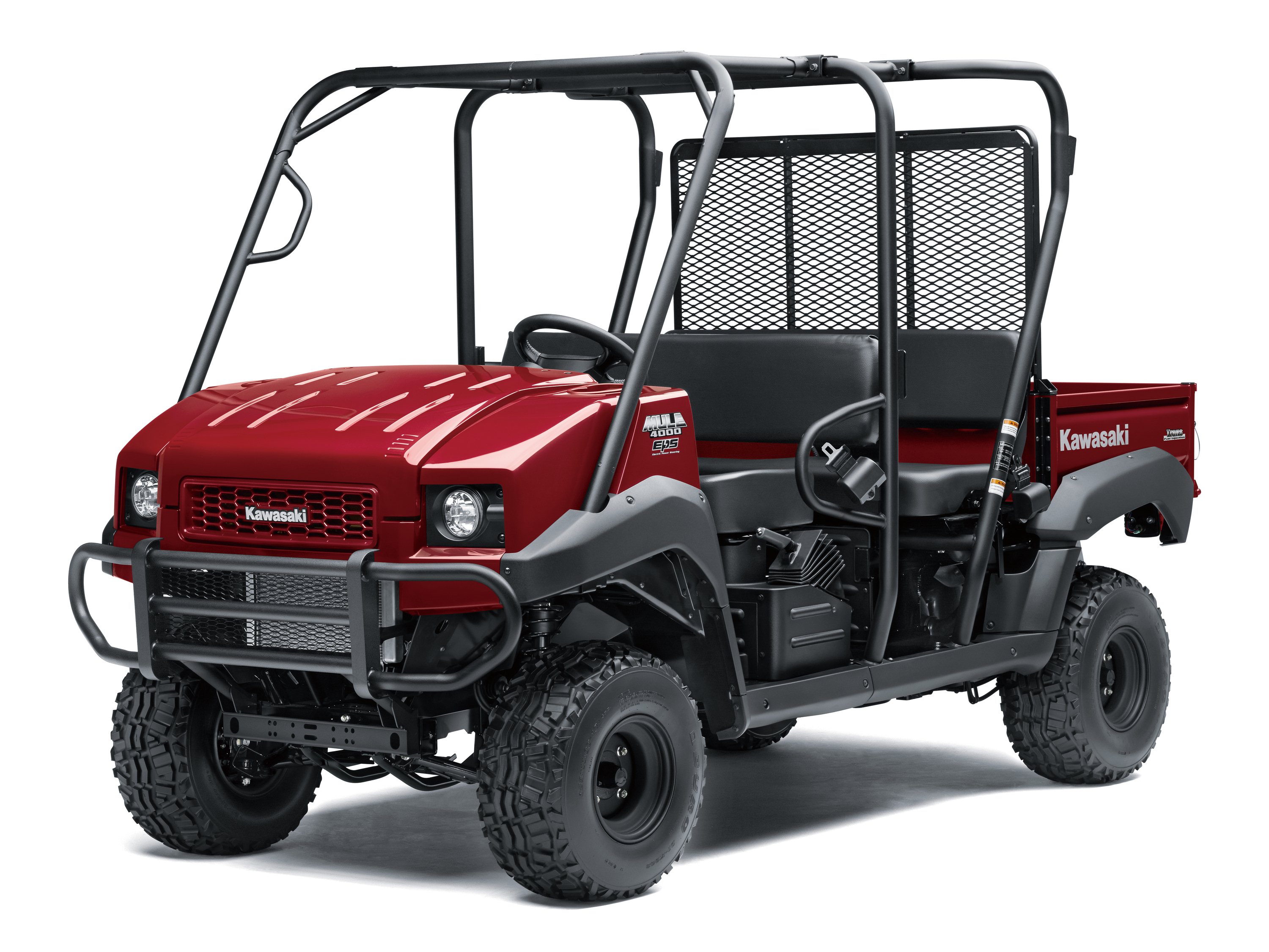 2014 and up Teryx models are improved over previous generations and are great buys. You literally can’t break them unless you punish a Teryx. 2014 and later models are also available with 4 seats. If you’re looking for a compact 4-seater on the used market, it is hard to beat a Teryx 4 for it’s smaller size and great capability. We have tackled many trails in a Teryx 4 and have been thoroughly impressed over the years. You’ll notice how they have a bit more powertrain noise than other models, but that is part of what makes them bulletproof. On KBB, typical listing prices for 2015 Teryx 4 LE’s are $10,915 (top of the line model). 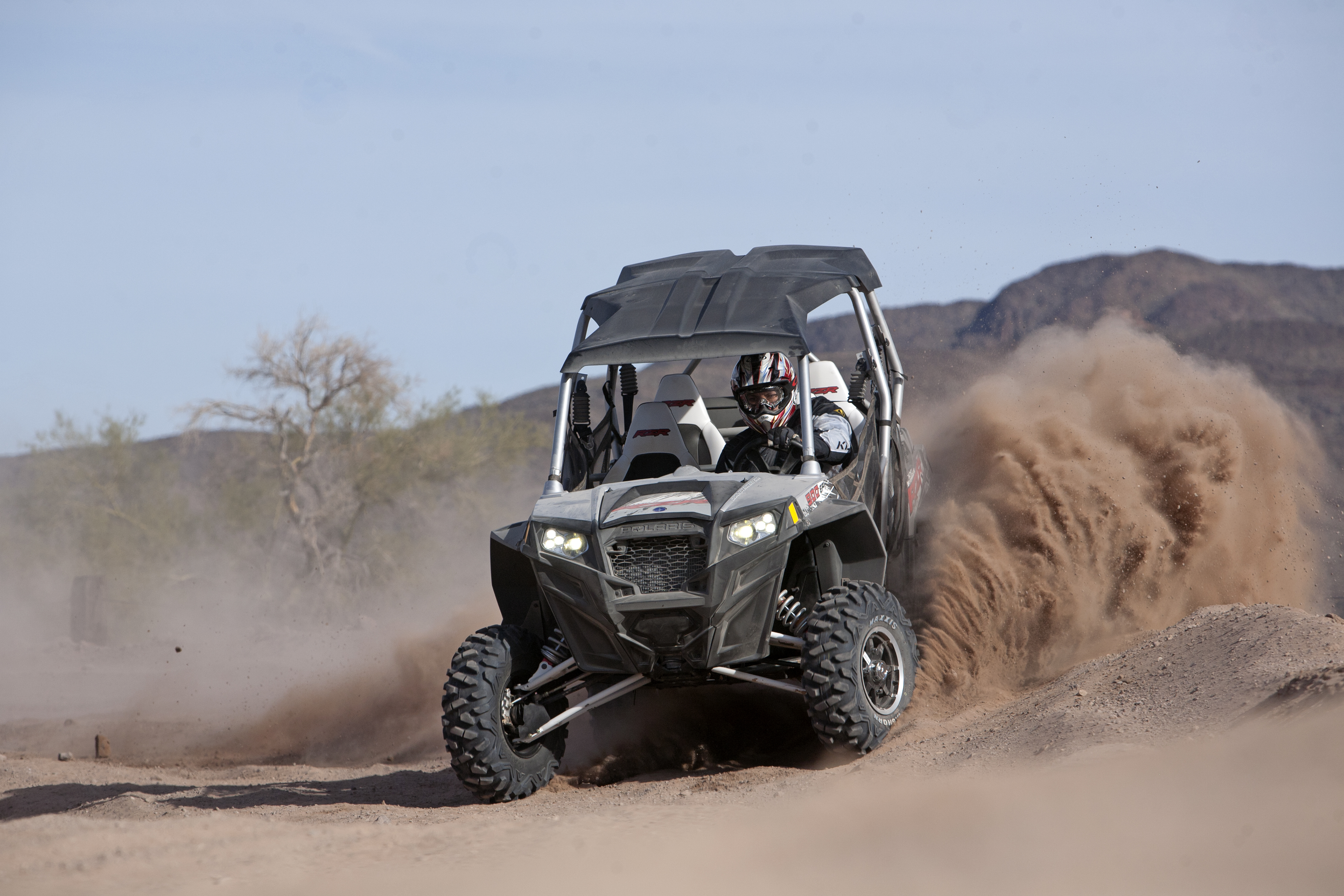 Polaris has the largest selection of used vehicles on the market, mainly because of the popularity of the RZR and Ranger lineups. Reliability really comes down to the individual unit – some last forever and some don’t. If you’re in the sport market, the RZR XP 900 (2-seater) and XP 4 900 (4-seater) are great buys, and you can sometimes find one just waiting to be picked up. These were the first RZR’s with the 3-link rear suspension and long travel (for that time) suspension on the front and rear. KBB values a 2012 XP 4 900 to go for around $9890, and XP 900’s go for around $8050.

If you’re looking at a utility vehicle, it’s hard to beat one of the original Ranger 500’s or 900’s. Actually, the Ranger XP 900 is one of the best selling utility vehicles ever, so there are plenty on the market and they are very capable. You can snag a 2015 model XP 900 EPS for around $8765 according to KBB.

Last but not least is the best selling sport UTV of all time, the RZR XP 1000. These were unveiled for the 2014 model year, and we found this machine to be reliable and very capable over our 2-year, 2000 mile tenure with this machine when it was released. Values range around $11,730 for a 2015 model according to KBB. 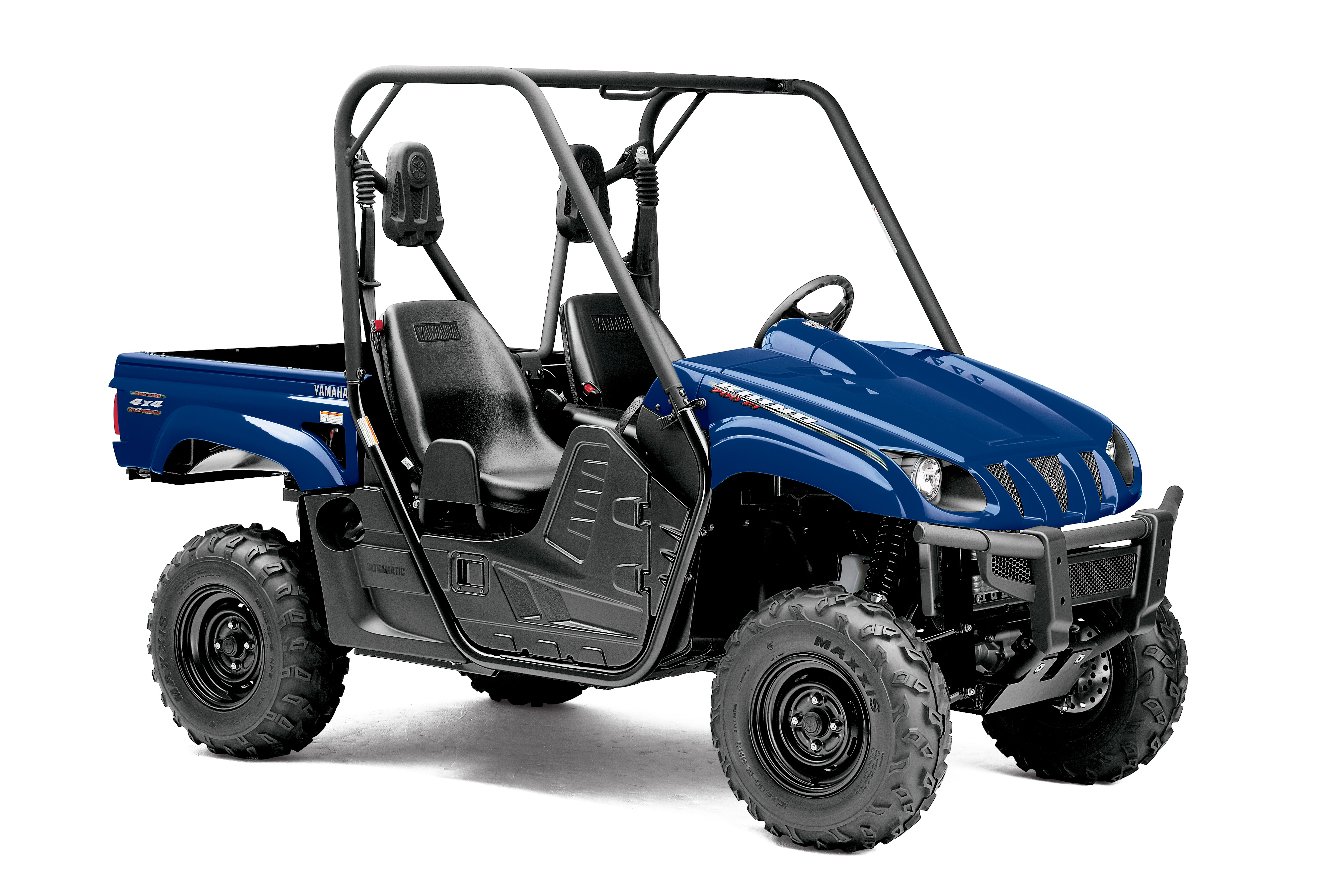 Vehicle(s) to look into: Rhino (of course!) and earlier model YXZ1000R’s

The Rhino! I mean, who can forget one of the most iconic side-by-sides of all time?! The Yamaha Rhino is still just as reliable today as it was back in the mid 2000’s. In fact, it isn’t the same exact motor, but this Rhino engine is still produced today for some Yamaha vehicles, and that is a testament to how reliable this engine really is. If you’re looking for a cost effective vehicle that will stay reliable for you, take a look at the Rhino. Note that 2008 and newer models had fuel injection, interior refinements, mechanical changes like the airbox rerouting to the front, and clutching changes. If you’re looking at a 2008 Rhino 700 4×4 SE, then be looking to pay around $6235.

If you’re looking for something a lot more sporty from Yamaha, you can find early 2016 and 2017 YXZ1000R’s for sale at pretty decent prices. These machines were built very solid from the first year of manufacturer, and they make for great dune and trail vehicles right out of the box. Like many other sport machines, the YXZ’s can be made much better with slight suspension tweaks and interior comfort mods. Other than that, they are ready to go. KBB rates a 2017 YXZ1000R SS SE to value at around $14,260.

We hope this simple guide helps you in determining what used vehicles might fit within your budget and preferences. There are a bunch out there, so we wish you happy shopping!

Now that you what to buy, now see out how to buy a good used UTV?